From GTAMods Wiki
Jump to navigation Jump to search
This page documents text displayed on the screen. For the text format stored in the games, see GXT.

A message is text positioned on the bottom of the screen. The default text color of the message is white, which uses the token ~h~ in the GXT file. For Vice City and San Andreas, enabling widescreen repositions the message so that it appears centered and inside the black bars. This type of text is used extensively during cutscenes where messages can be hidden if the subtitles option is switched off. In the "Brief" section of the pause menu, the last few uniquely printed messages are added and can be viewed. If the message already appears there, it will not be readded to the section. 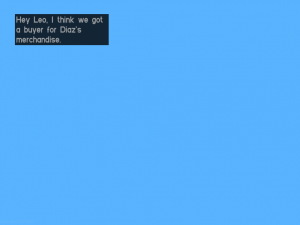 A help message is text positioned on the top left corner of the screen with a dark semi-transparent rectangular background. The default text color of the help message is gray, which uses the token ~w~ in the GXT file.

The following tables list all opcodes and native functions related to help messages that can be used in a script. 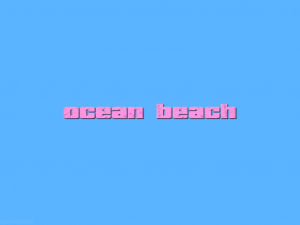 One style of a big message displayed in Vice City.

The following table lists of all big messages that are hardcoded into the games to print in certain events.

An intro text is created through the script and allows a large number of customizations to it. This type of text was initially used in GTA III's introduction sequence, hence the name, but subsequent games have used this type of text in various places. The following table lists all opcodes related to displaying this type of text.

A garage message is a large, blue styled text positioned at the center of the screen. All garage messages are hardcoded to print in certain events and cannot be triggered by the script.