The subject of this article is not fully documented yet. You can help by researching information about it and expanding this article.

The cullzone.dat is a binary file containing zoning information in GTA III and Vice City. The file is located in the \data folder of the game's directory. 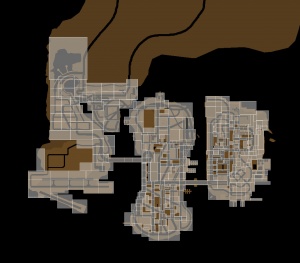 A map of all cull zones in Section 2 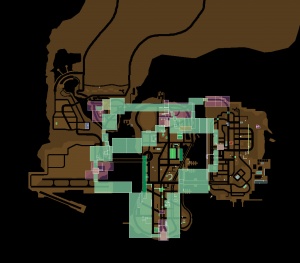 A map of all cull zones in Section 4

The CULLZONE.DAT file consists of seven distinct sections. Many of the zones closely mimic the cull.ipl file, which does not seem to be used by the game. Ignoring rounding errors, all but one section 4 zone matches all zones with nonzero flags in the cull.ipl file. The only zone that differs is at the Shoreside Vale subway station.

In addition to Cullzone.dat, Vice City has a file called Cullzoneempty.dat. Both of these files are not used by the game at all. The game uses the cull.ipl file instead.